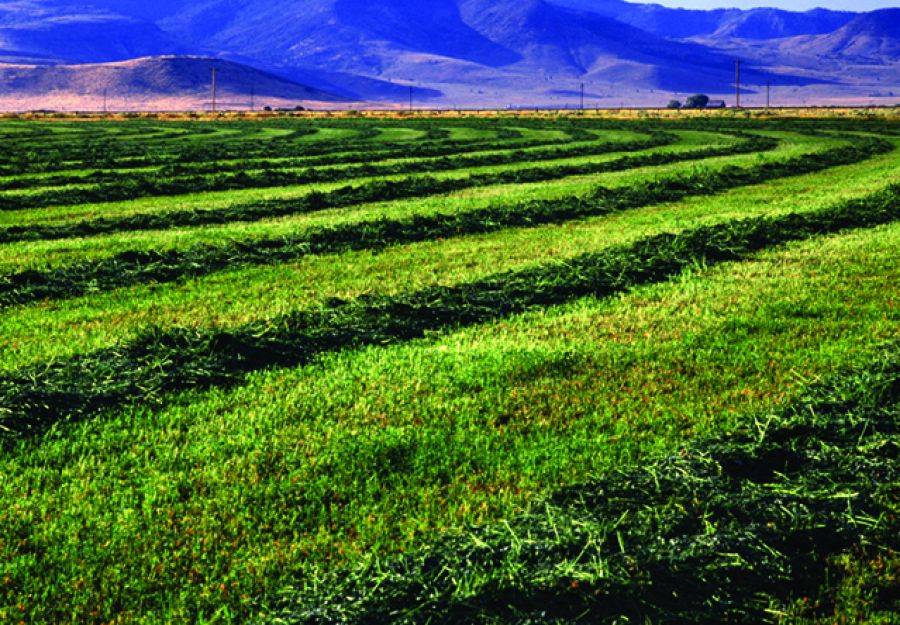 (Spokane, WA) - “The Board of Directors and management are very pleased with Wheatland Bank’s strong financial and strategic results for the year ended December 31, 2015.  The highlight of 2015 was Wheatland Bank’s expansion into the Tri-Cities market with the opening of our 14th full service community bank branch in Pasco in February of 2015.  Our first year in the Tri-Cities produced an all time record level of bank wide loan growth of 35% for Wheatland, and also generated the highest percentage of organic loan growth of any bank in the state of Washington for 2015, based on FDIC Call Report data.  The new Pasco Branch and team of experienced local bankers, lead by Tri-Cities banker and loan officer Steve Lancaster, developed over $100 million in new loan commitments and new core deposit business for Wheatland in its first year of operations alone,” stated Susan Horton, President, Chief Executive Officer and Chairman of the Board of Wheatland Bank, and its holding company, Community Financial Group, Inc. (CFG).

This record loan growth fueled improvements in Wheatland Bank’s net income for 2015 to a record $1.9 million, up 32% from the 2014 level of $1.4 million.   Wheatland Bank finished 2015 with $350 million in total assets, $222 million in total loans and total deposits of $319 million, leaving plenty of on balance sheet liquidity for the core deposit funding of continued loan growth.  Wheatland Bank has a history of and continues to maintain very good loan quality with $0 loan losses for 2015 and only .70% of its loans delinquent at December 31, 2015.  The 2015 consolidated CFG return on average equity was 6.3% during 2015, up 27% from 2014, and CFG's consolidated earnings per share for 2015 was $1.30, up 33% over the $ .98 earnings per share for 2014.   The CFG stock market value at December 31, 2015 had appreciated by 7.7% over the fair market value a year earlier.  As a result of the strong performance, the CFG Board of Directors declared a 4% stock dividend in the first quarter of 2016, with a related stock dividend cash repurchase program, to its 400 plus local shareholders of record, retaining additional earnings and capital for continued growth.  A strong reflection of Wheatland Bank's continued success is the fact that for the past 36 consecutive quarters, including all the way through the Great Recession and financial industry crisis, Wheatland Bank has earned the coveted 5-Star Superior rating from BauerFinancial, Inc., the nation's bank rating firm.  "A 5-Star rating indicates that Wheatland Bank is one of the strongest banks in the nation, excelling in such areas as capital, loan quality, profitability and much more.  Earning Bauer's 5-star designation proves that Wheatland Bank is getting it right," expressed Karen L. Dorway, president of BauerFinancial, Inc.

In addition to its expansion and capital investment into the Tri-Cities market, Wheatland Bank, headquartered in Spokane Washington, purchased its Downtown Spokane headquarters building facing Riverfront Park at 222 N. Wall Street in July of 2015 for $4.3 million.  Wheatland Bank plans to use more of the Class A office building space for its own growth needs, but also has tenant space available for lease.  "The purchase of our headquarters building in Downtown Spokane is consistent with Wheatland Bank’s strategic plan to remain a locally owned independent community bank and serve the needs of eastern Washington businesses, farms and individuals.  The number of banks in Washington state has decreased by over 40% since 2007, and industry experts predict continued financial institution industry consolidation through more mergers and acquisitions.  In sharp contrast, at Wheatland Bank, we see tremendous opportunity in our strategic business model of remaining a locally owned and operated independent community bank, especially now that so many other banks previously headquartered in Spokane and other eastern Washington communities have since been acquired by banks headquartered out of the area.  We find that most business owners and farmers still desire a personal long term banking relationship with local experienced bankers who have deep knowledge of and genuinely care about them and their businesses.  They want a bank that will make decisions locally and invest the time to really understand their customers’ business and financial needs and be a long term trusted advisor.  They want a banking partner who will be there through the good and difficult times with the expertise and tools to help them manage risk and weather various business cycles, in order to achieve their long term financial goals and dreams.   We believe that Wheatland Bank is uniquely positioned with experienced local bankers, its decentralized branch lending structure and local decision making to deliver a more rewarding banking relationship and experience for our customers,"  says Horton.

Wheatland Bank, formed in 1979 in Davenport, Washington, is a locally owned independent community bank. Wheatland Bank’s commitment to eastern and central Washington is strong and has deep roots.  It’s a commitment that is kept alive with powerful local ownership, leadership and decision making.  In the 36 years since inception, Wheatland Bank has grown through organic and diversified expansion with 14 branches, including the new Pasco Branch, serving over 15,000 customers throughout Spokane, Lincoln, Adams, Chelan, Douglas, Grant, Kittitas, Yakima, Franklin and Benton Counties. Wheatland Bank focuses on helping businesses, farmers, ranchers and consumers succeed by offering the highest quality personalized banking relationships and customized lending, banking and wealth management services. Wheatland Bank is a value-oriented financial services provider dedicated to serving the needs of its customers, communities and employees while enhancing shareholder value.  That dedication, coupled with the sound risk management and fiscal responsibility of Wheatland Bank's Board of Directors and management, has resulted in the distinct recognition of a 5-Star Superior rating by Bauer Financial, Inc. for over 36 consecutive quarters and the acknowledgement that Wheatland Bank is one of the strongest banks in the nation.