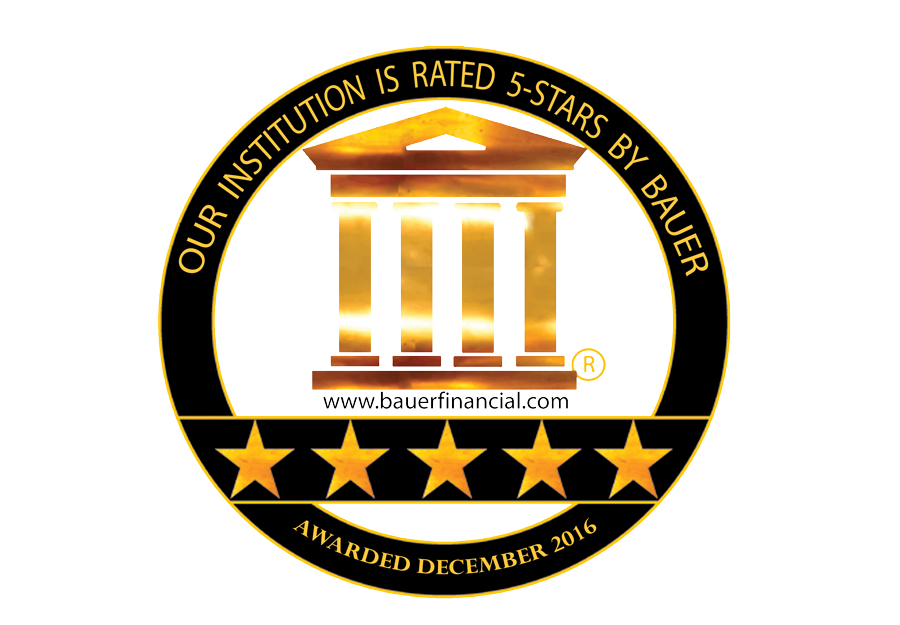 December 2015: It is with great pleasure that BAUERFINANCIAL Inc., Coral Gables, Florida announces that Wheatland Bank, Spokane, Washington has earned its coveted 5-Star Superior rating for the 35th consecutive quarter. “A 5-Star rating indicates that Wheatland Bank is one of the strongest banks in the nation, excelling in such areas as capital, loan quality, profitability and much more. Earning Bauer’s 5-Star designation proves that Wheatland Bank is getting it right,” expressed Karen L. Dorway, president of BauerFinancial, the nation’s bank rating firm.

”BauerFinancial has been touting the benefits and mainstays of community banks since its inception in 1983,” Dorway continues. “I am thrilled to be able to say that the January 2016 issue of Consumer Reports agrees. According to its own surveys, Consumer Reports concluded that smaller banks are best for personal service as they ‘tend to focus more on relationships’; over three-quarters of respondents indicated they were’ highly satisfied’ in the CR survey.”

Financial strength has been the priority for Wheatland Bank since its inception in 1979. Initially founded to serve the needs of Lincoln County’s agricultural and business communities, it has since expanded to 14 conveniently located branch offices. Wheatland Bank has been a source of pride for its local community for 36 years. Its original commitment is kept alive with powerful local ownership and decision making even as the bank has expanded. Wheatland Bank is a value-oriented financial services provider dedicated to serving the needs of its customers, communities and employees while enhancing shareholder value (wheatlandbank.com). Wheatland Bank is a member of the FDIC and an Equal Housing Lender.

Wheatland Bank is no exception. Established in 1979, it has been tuned in to its customers’ needs for 36 years. Today it operates through 14 branch offices and can also be found on the internet at wheatlandbank.com.

BAUERFINANCIAL, Inc., Coral Gables, Florida, the nation’s leading independent bank and credit union rating and research firm, has been reporting on and analyzing the performance of U.S. banks and credit unions since 1983. No institution can pay for or opt out of a BauerFinancial rating. Consumers may obtain free star-ratings by visiting www.bauerfinancial.com.